Today, I decided to update my iGoogle start page to include a Google Gadget for a “To Do” or “Task List.” I occasionally use the “Task List” with Microsoft Outlook, but I would rather have the ability to log in from anywhere in the world to see my list.

This was not as simple as I thought due to the nature of corporate proxies blocking various content.  I still don’t quite understand the nature for blocking certain sites.  I generally feel as a professional that we should be allowed to use any tool that helps us get our jobs done.

I use two different corporate networks during the day.  The first one shown below is how my iGoogle page looks from Company 1.  The problem here is Google Gadget images are routed through an anonymizer proxy that is blocked.  This makes the majority of the Gadget’s with images almost completely useless.  At least Company 1 does not block Gmail and Calender. 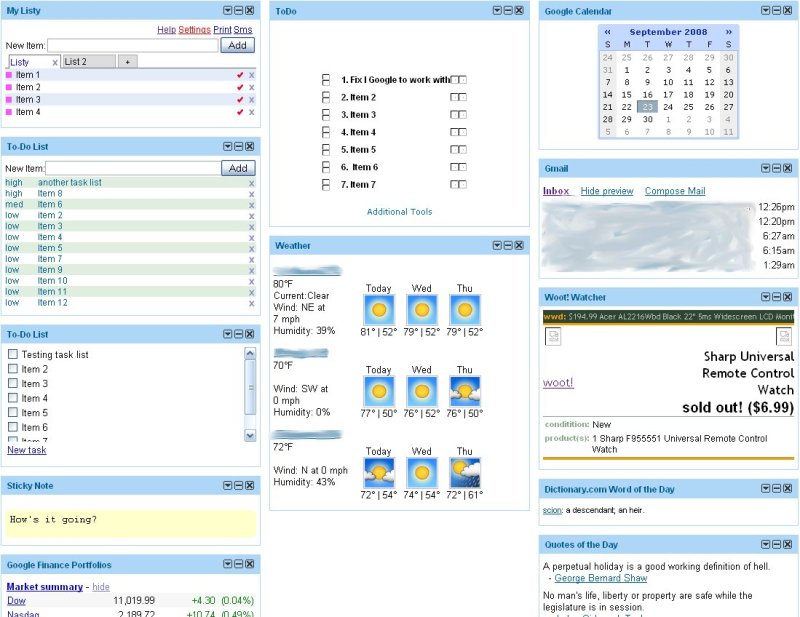 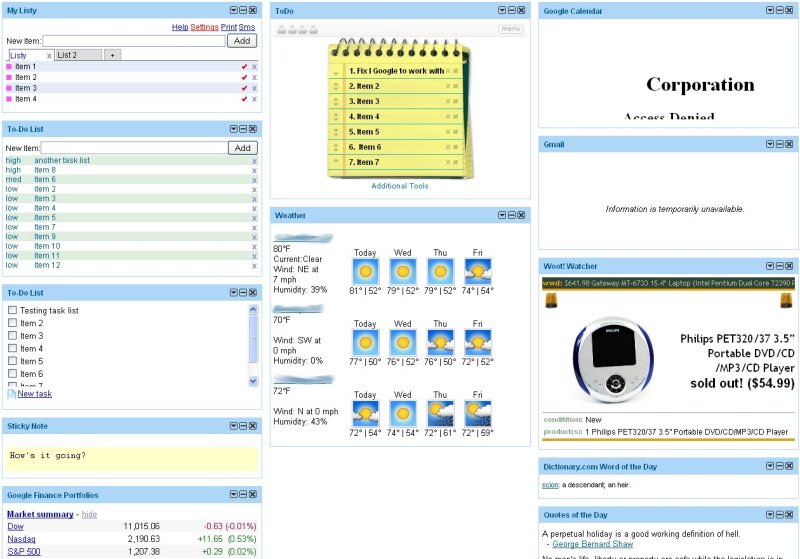 As far as the “To Do” lists go, I added the top 5 lists that came up in the search.  After playing around with them, I prefer using the list that was developed by Google.  It’s simple easy to use interface that does the trick.  The list from Lab Pixies doesn’t work well on Company 1’s network and only allows 7 items on the fancy yellow pad.  The third most popular list allows drag and drop sorting of items, but puts long list items in a scroll box.  The 4th one is just a sticky notepad, which I might keep for quick notes.  The final one called MyListy is the most fancy with a myriad of features that work quite nicely.  However, I just want to keep things simple and do not need a tabbed “To Do” list so the Google one wins for now!

This entry was posted in Technology, Tips. Bookmark the permalink.